Nexus Investments has just launched its EIS Scale-Up Fund. The aim is to address a large gap in the market by providing investors with access to exciting, but curated UK entrepreneur-led private companies. GBI City Editor Neil Martin talks to Managing Director Matthew O’Kane and takes a look in a three-part article at what makes the Nexus proposition so attractive for advisers and their clients. And why they are all in it together.

Part One: ‘Skin in the game’

The first question for any firm investing in the EIS space, is what marks you out from the other firms who seem equally determined to spot the fledglings with potential to become winners.

Matthew has a clear answer: “One main USP is that in all our investments to date,  as individuals we have already put our own skin-in-the-game. This alignment of risk and reward with co-investors – if we win, we win together; if we lose, likewise – is we believe relatively rare.

“Either myself, or founder Harry Hyman has invested in all the current portfolio. Douglas Lidgitt, our Investment Director, has put his own money into all newly originated entities since starting at Nexus Investments.

“This  motivates the key decision makers in the business to select strong businesses and then help them to grow. This alignment of interest will continue with the investment team already committing in excess of £200,000 to the new fund.

The fund which Matthew refers to is the firm’s first and marks a major milestone in its evolution.

The team believes it to be the first UK EIS fund specifically focused on scale-up opportunities to launch since the UK Government’s £2.5bn British Patient Capital programme which was introduced last June.

The fund is highly targeted, focussing on four of the most exciting areas of change in the world today and one where UK early-stage companies can become global leaders: data, digital, education and health.

Matthew explains: “The Government has identified scaling-up as the next big policy priority if the UK is to capitalise upon the start-up boom of the past five to ten years. At the same time, the era of limited life or ‘asset-backed’ EIS Funds has effectively come to an end with the new Risk-To-Capital condition introduced last year. The Government is instead encouraging a shift away from historical safe harbours toward knowledge-intensive, entrepreneur-led companies, in value-add industries.”

Founder Harry adds: “Since the UK Government’s Patient Capital Review, the focus for EIS investment criteria has shifted to high potential, growth investments. This is the area in which we specialise, and have done for some time. We have put our money where our mouth is in our own EIS deals to date. Our Scale-Up Fund is specifically designed to help investors access these UK investments within a diversified fund portfolio that reduces risk.”

Harry is founder and owner of the Nexus Group, which is a privately held company created in 1994 and has grown to over 70 staff. Harry is also managing director of Primary Health Properties PLC, a FTSE-250 listed company that specialises in the ownership of property leased on a long-term basis to healthcare providers.

Matthew has over 15 years’ experience in tax and investment and puts to good effect a unique blend of skills. He possesses a wealth of knowledge and experience in tax from acquiring his ACA at PwC through to being a Senior Tax Manager at Deloitte.

He also has experience of investment management at a recognised UK EIS investment house, and most relevantly worked on secondment at Bridgepoint Private Equity in 2012 and 2013, covering many aspects of UK M&A transactions.

He has sourced and advises the vast majority of Nexus Investment Ventures’ existing portfolio company clients, investing personal funds into 18 of them, and currently sits on the main board of two of Nexus’s portfolio companies, and the Advisory Board of three others. He is an FCA (ICAEW) and a Chartered Member of the Securities and Investments Institute (MCSI).

It was in late 2013 that Matthew joined Nexus from Deloitte to spearhead a new EIS division, which has evolved into Nexus Investments. This was against a then backdrop of long-term low interest rates; caps on both annual and lifetime pension contributions; a trend towards government-supported initiatives to promote positive behaviours; and, heightened interest and abilities in entrepreneurialism in the UK.

Nexus Investments has over the past four and a half years identified a number of exciting EIS eligible opportunities operating in sectors experiencing significant growth. And because the investment team and over 75 other co-investors have put their own personal funds into backing these companies, there has been a natural transition to a fund structure. The team have demonstrated their ability to select wisely, to date, and in particular add -value to these companies. They also prepare them so they can attract later stage capital and high-quality non-executive director support.

Returning back to the theme of the firm’s USP, Matthew is happy to elaborate further.

He points out that: “We have also learned over time that our active management and hands-on approach is a differentiator from our competitors. We provide support to our portfolio through introductions, analysis and advice that makes a material difference to the speed and sustainability of growth of each business.

“We don’t purely focus on having a board position to support our involvement, although a representative of Nexus will sit on the advisory, or main boards for the majority if not all of the fund investee companies.

“We seek to identify businesses early, but with real capability to grow and attract that next stage of step-change capital. But, of course, we fully appreciate that the price and valuation are key to generating returns for investors.

“We also know how hard it is to scale businesses, how long this can take, but also the rewards that can come with steady and meaningful scalable investment and growth.

“Take our founder Harry, who has grown both PHP and the Nexus Group over a period of many years – the former has grown its dividend every year for the past 20 years. We believe we understand how to cultivate and support an environment of responsible entrepreneurialism in those whom we back.”

In many ways Nexus Investments has served its time, raising funds on a deal by deal basis for a top-tier collection of businesses, with an investment and company-led focus. The Scale-Up Fund is a new and logical chapter, offering its expertise to investors seeking a collection of EIS qualifying holdings of comparable potential and quality. 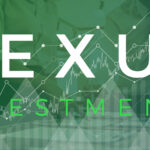