Part Three: Crossing the t’s and dotting the i’s

In the first of two articles about Nexus Investments, GBI City Editor Neil Martin quizzed Matthew O’Kane, Managing Director, about the formation of their first fund, Scale-Up EIS and their investment strategy. They now delve deeper into more aspects of the fund.

In part two of the article, we touched on the strategy behind the fund – in this third part, we take a closer look at some of the key differentiators.

The sector appears keen on the term entrepreneurial led and Nexus Investments is no exception, but I asked Matthew, are these courted CEOs aware of the importance of scaling-up for the next stage of their development?

Over to Matthew: “We focus on exceptional ‘Mission Driven’ Founders with a high level of commitment combined with the right level of experience and skills to be able to execute a plan. A key element of our involvement which is known by all entrepreneurs that we deal with is the ultimate goal of an exit and the growing of the business. We only progress with founders that understand this and inherently want to achieve the same objective.

“It is also true to say that not all people skilled in being able to start or launch a business will necessarily be skilled in, or want to be part of the scale-up process. We are watchful for serial-entrepreneurs, we are also wherever possible looking out for those who may be in love, or “in-like” with the idea of entrepreneurship, but not necessarily aware of what it entails. The entrepreneurial CEO tends to look forward and seek to make things happen – but that alone is rarely enough. The best ones also seek out and listen to a wide range of viewpoints prior to taking bold steps with their business and shareholders’ cash.”

In a similar vein, the firm’s investments have to be UK based companies, so how easy is it to see which ones might have global potential?

Matthew has a blunt answer: “It is certainly NOT easy – we reject plenty of business plans that show unsubstantiated intentions for international growth, or lack demonstrable reasons why a foreign nation is going to fall in love with a UK product or company.

“Software and platform companies in particular seem to think having 20,000 users in the UK must then equate to a dead-cert future of 200,000 users by next year in the US or Europe!”

Matthew also highlighted the fact there was a general need to be invested in something defensible, and something clearly advantageously British to appeal to other territories.

For example, education is something the UK is globally respected for, so Pobble and boclips play up their UK origin when selling to the Middle East, the US and the Far East.

A further example is Soupologie and Perfect World Ice-Creams’ packaging for France and Holland respectively. It has been translated into local dialect and not led with the Union Jack. Many of these things may seem to be common-sense, says Matthew, but add value for companies if they think about it early.

“We seek businesses that are scalable and products which naturally lend themselves to international growth, we also seek founders that have the potential and aspiration to achieve this – but are realistic on executing this. IT WILL BE DIFFICULT. IT MIGHT NOT WORK.

“A founder cannot be in all places at once. But in relation to why we think this is important, we can only point to our track record of businesses to date, in terms of expansion, which shows that of our existing portfolio, almost 40% are making sales internationally, with a number of them already having a significant amount of their revenue derived from abroad.

“Some of those have still not convinced sceptical UK investors, or UK customers that they are onto something transformational. But in time they just might. We take time and care to invest in businesses who are open to understanding what could be achieved outside of the UK, and will continue to do so.”

Once the investment has been made, how much does Nexus get involved?

“We were described recently by the chairman of one of our existing portfolio as ‘massively over-indexing’ in terms of the time and value-add and strategic input that he sees us provide to his investee company currently. This was compared to any other investment houses, whether VC, or EIS, he has ever come across. The chairman has a long history as CTO of some very large retail brands.

“We try not to get in the way of what the businesses are seeking to do operationally, but our involvement on questions of strategy, finance, tax, investor relations, are undoubtedly hugely valuable to people who are usually talented in four to five areas, but rarely have experience in each of the seven to eight areas a successful early stage companies need to be strong in if to successfully grow and scale.

“However, we don’t believe sitting on the board is a significant differentiator alone – some boards only meet every quarter: that is a lot of time in the gaps when unless guided soundly, founding teams could head off down a different path than which the sounder, wiser and more experienced investor might know they should better plan to take.

“So we seek to add value through supportive analysis, key staff introduction, general support and advice to help enable a company make well informed decisions on an ongoing basis. We believe this is a differentiator from others in the market.”

As for the firm’s typical investor profile, it’s typically HNW individuals, sophisticated investors and industry-focussed professionals. They are UK-based, often in South-East, although Matthew is clear that they would like to develop this into other regions.  They tend to have invested in a number of private equity, or private businesses in the past, or are entrepreneurs themselves. Many have a professional background perhaps as bankers, accountants or lawyers.

“Going forward we think this will be true of our fund’s typical investor profile: those who generally would like to be backing vibrant and scalable brands and people whose clever ideas have the potential to make a positive difference in global terms as a by-product of a successful financial investment. For example, healthier food indulgences for our children and grandchildren to enjoy; better use of technology in schools to bring learning to life; and, catch up with use of technology in some homes.

“They will also occasionally be thinking about capital gains tax deferral or inheritance tax considerations as part of their assessment of making an investment.”

We finish on two favourite questions for investors; firstly, what is the team’s favoured exit route?

“It will be on a case by case basis and predicting this at the start of the fund is difficult. We do envisage that trade sales are most likely, however, as two of our portfolio have received trade approaches so far. But we have the ability to engage with trade, PE and IPO to exit a business as circumstances dictate (there is deep experience in our team regarding M&A processes).”

And secondly, what are your aims for the fund in terms of return?

Matthew is like most EIS providers who do not set firm targets. What he does say is that their 2014 funds deployed are currently sitting at over 3x excluding EIS/SEIS benefits, and so this gives them confidence that they have the ability to generate a meaningful return for investors in the new fund, if they can replicate their selection going forward.

As for that hackney question about a typical portfolio of ten investments, how many would you expect not to make a return, perform averagely, perform well, or be rockets, Matthew believes the outcome is likely to be this, broadly speaking:
–        one to two exceptional performers – rocket;
–        two strong performers – perform well;
–        three average performance – averagely;
–        four struggling / not succeeding – poor.

Asked how this related to the current portfolio, Matthew has some good news.

“To date, across our portfolio we are in the fortunate position where over ten of our companies would currently be classified as “performing well”, whether as a function of valuation growth, or a function of sales, turnover, and profit and loss development since Nexus’s first involvement.

“There is only one that has performed poorly enough to be discontinued. We cannot yet point to any exits, which makes sense in the context of EIS where you need to hold for 3 years. Over 50 rounds of investment have been have arranged and the vast majority are still yet to pass the three year minimum holding period. However more than one of our portfolio have received trade offers for their business, at meaningful appreciations in value to entry price for Nexus Investors’, which is also very promising.

“To give some perspective, the monies invested into our portfolio in 2014 are currently sitting at more than 3x carrying value on gross performance basis, excluding SEIS or EIS factors. With SEIS and EIS factored in, one or two are sitting at a 5x or more paper gain for early investors who co-invested in 2014 as it stands.”

So the old saying that you’re only as good as your last deal, won’t weigh too heavily on the shoulders of the team at Nexus Investments and one thing is for certain, investors will like the fact that the joy, and sometimes pain, will also be shared by the home team. All for one, and one for all, has a special meaning at Nexus Investments.

If you haven’t read part one and part two, take a look now. 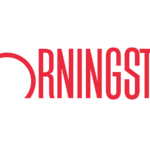