Matthew O’Kane, Managing Director of Nexus Investments, is interviewed by Morningstar on how EIS investments fit into his portfolio 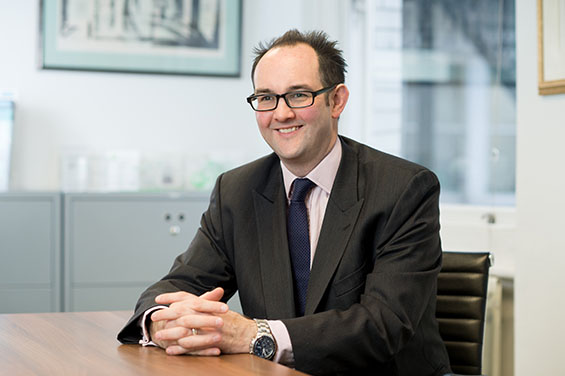 Matthew O’Kane says one of his main investment priorities is retirement, but he also wants to contribute towards his children’s university fees.

O’Kane trained as a chartered accountant and is now the managing director of Nexus Investment. So it is no surprise that he started investing young and has built up a diverse portfolio.

He says: “I have been investing in ISAs and pensions since graduating from university. My first job was at PwC where I participated in the company’s pension scheme. In the last five years I have also been investing personally into EIS [Enterprise Investment Scheme] qualifying companies.

“I believe that if you are fortunate enough to get paid a salary, you should ‘pay yourself first’ and set aside a certain percentage for your savings every month.

“I also like to invest in a business that I think will be good for the UK and help develop the next generation of successful entrepreneurs.”

O’Kane, who lives in Milton Keynes with his wife and two children, is keen to make sure his investments are tax-efficient.

“I allocate my investments based on their investment merits and also depending on the tax benefits that different products offer in any given year. Allowances and tax relief rates have been changing and being ‘tax literate’ can add extra return to an investment portfolio at no extra cost.

“I have participated in various corporate pension schemes when these were offered by my employers, but not all of them did, so I also have a SIPP. If an employer offers a pension scheme, it makes sense to seriously consider it.’

He mainly invests in funds offering exposure to defined sectors or geographies.

O’Kane says: “I like investing in growing companies and sectors, and the Far East offers many such opportunities. I am a long-term investor in the Jupiter India fund that has grown in value since I invested.

“I also hold the Schroder Managed Balanced Fund. It is a fund of funds that invests in a diversified portfolio of equities, debt and other assets and take a somewhat contrarian view to the markets. It provides balanced exposure and helps to hedge and protect me against some of my more illiquid investments.”

Jupiter India has a Bronze Rating from Morningstar. Morningstar analyst Lena Tsymbaluk says: “Despite weak recent performance over the short term we continue to like the research-intensive approach applied here.”

She points out that the manager, Avinash Vazirani, has over 20 years of experience investing in Indian equities and has run this fund since its inception in February 2008.

Tsymbaluk adds: “The manager aims to identify under-researched stocks with strong growth prospects. This approach has led the manager to favour mid- and small-cap names over benchmark heavyweights.”

She points out the fund’s long-term track record remains strong, although its three-year record has been weaker. This is mainly due to a poor 2017 and the year to date.

O’Kane says: “I have made some relatively successful investments in AIM-quoted companies in the past.

“But my personal experience is that the AIM market is too unpredictable and that, despite abolishing stamp duty and allowing AIM shares to be included in ISAs, it is not worth the risk.

“Having said that I do hold some diversified funds quoted on AIM, including TMT Investments (TMT) which offers exposure to a portfolio of mainly US-based tech, start-up and software companies and start-ups.”

O’Kane adds: “Investors in AIM need to be mindful that significant shareholders can sometimes engineer things to take control of a company, sometimes at a low market value. In such situations, private investors have little leverage over developments.

“I prefer to be an early investor into EIS-qualifying private companies as a direct investor. Although they are illiquid compared to an AIM-quoted company, they can offer more shareholder protection in terms of pre-emption rights and other rights.”

He has invested personally in over 15 EIS-qualifying companies. This includes a wide range of different companies, such as digi.me and Perfect World Ice Cream.

He says his work at Nexus Investments has helped him as when he joined the company in 2013 it was to spearhead their EIS division. He also invests in the company’s scale-up fund, which is open to private investors.

When it comes to his fund, ISA and SIPP holdings O’Kane invests through the Hargreaves Lansdown platform. He says: “I am increasingly paying attention to fees, both at the platform and fund level. A number of platforms are catching up with Hargreaves’s platform in terms of service, and may steal business I expect in coming years.”

When it comes to selecting funds he looks at performance as well as fees. “A well-known manager is not always the best one. So I follow closely performance over one, three and five years and since inception as well as finding out as much as I can about their investment process.”

An investment into the Evergreen Investment Scale-Up Fund (“the Fund”) may only be made on the basis of reading in full the information set out in the relevant Information Memorandum.

All potential investors will be required to declare that they fall within the definition of an exempt person as set out in the Financial Services and Markets Act 2000 (Financial Promotion) Order 2005.

When investing in the Fund, your capital is at risk. The value of shares and income from them may go down as well as up and despite the tax relief you may not recover the amount originally invested. An investment in smaller and unquoted companies carries a higher risk than many other forms of investment. Shares in unquoted companies are not readily marketable. You should not invest in an EIS Fund unless you can afford to lose some or all of your capital.

An EIS investment is only appropriate for investors with a medium to long term investment horizon; the timing and extent of realisation cannot be predicted and may extend beyond five years. It is not possible to allow a partial withdrawal of your investment. You may request a total withdrawal, but since many investments made by the Fund will be in unquoted companies, this may not be possible. Withdrawal within three years would lead to repayment of any tax reliefs received.

The tax benefits available depend upon your individual circumstances and these benefits may change dependent upon future legislation.

I have read and understood this important information

We're not around right now. But you can send us an email and we'll get back to you, asap.